During the summer and fall of 2016,the ancient oil fired boiler at Peaks Island School was replaced with a smaller, more energy efficient unit, along with an energy monitoring system designed to make more efficient use of heating oil.  Considerable maintenance was also performed on the unit ventilators, which mix outside air with heat from the new boiler.

The old boiler had to be cut up and removed, and associated asbestos dealt with, no small undertaking.  The $500,000 line item for the school in the City’s Capital Improvement Projects budget also funded the repointing and sealing of the school’s exterior walls.

A new City of Portland Benchmarking Ordinance passed in 2016 mandates that the City use benchmarking software (probably EPA’s Portfolio Manager) to annually document all City buildings’ energy use, including PIES.  It will be interesting to see how the school fares.  Twice before, it was benchmarked, once in 2008 when it scored 10 out of 100 points, one of the lowest scores for any school in the state.  After the windows were replaced  and a new insulated gym roof was installed, the building scored 34 in 2015.

The school has not been benchmarked since Thompson Johnson Woodworks made the building envelope improvements described in a previous blog about the school were made and the heating system was upgraded.  It will be interesting to see later in 2017 how much better energy efficiency at the school is scored, and just as important, whether students and staff report improved building comfort. 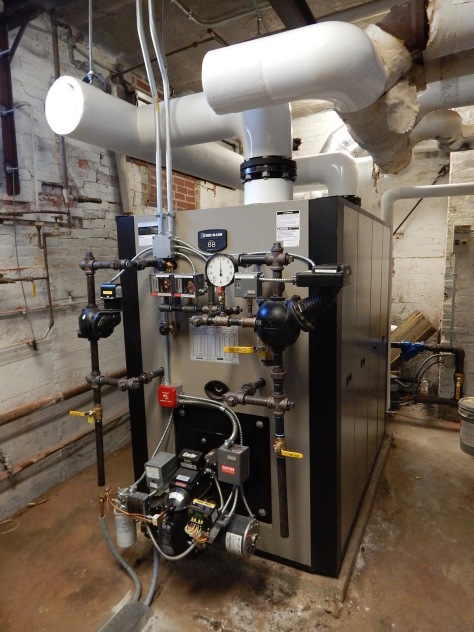 a lighter footprint on the Island environment